Get Ready to Dissolve: The Power of Personal Metamorphosis

Did you hear my Steering by Starlight interview, Find your Right Life No Matter What with Martha Beck?  If you have, you know we explored the stages involved with finding your right life, the first of which is dissolving. Now you get to learn the magic behind this process!

Martha: The thing that keeps us from seeing our right life – okay, the North Star is up there. Sometimes our social training acts like a cloud cover. We can’t really see what’s right for us because we’ve been taught different things that may not be in keeping with our destiny.

Then, there is a much more difficult obstacle, which I compare to a dungeon, where we wall ourselves in by believing certain things. For example, you may have the belief, a very common belief, “I’m not good enough to achieve anything wonderful.” Until you dissolve that belief, you could win the lottery, you could be on Oprah, you could be rich and famous, and you would still be miserable.

Dissolving your false beliefs is the single most important thing you could do to achieve the life you’re meant to have. The wonderful thing is you don’t have to think up what comes next. If you could just dissolve something that is causing you psychological pain, and get rid of it, then whatever causes you joy arises naturally.

Pain, itself, is this wonderful guide. It always shows us what we need to dissolve. Pain is a compass, a tutor, and a surefire way of identifying exactly what you need to work on in your life.

Christy: That is a powerful way of thinking about pain. It’s not something that is just to get rid of; it’s something to pay attention to.

Martha: Absolutely. It’s a huge gift and it does not feel good at the time, but that’s part of the gift. If it did feel good to be in the wrong life, you would never find the right life.

Christy: Exactly – you have one of my very favorite stories about what really happens when a caterpillar transforms into a butterfly.

Martha: I heard it from a friend and then just the way the universe validates things; I mentioned it in a crowd. I was giving a talk in Aruba, to about 400 people the next day. I said, “I heard this and I don’t know if it’s true.” A person in the front row, next to me, happened to be a butterfly farmer. Who knew there was such a thing as a butterfly farmer? She said, “Yeah, that’s exactly how it happens.”

Because I grew up watching tadpoles in a pond near my house, I’d watch them turn into frogs. There is this halfway in-between stage, where they’re kind of like a big, lumpy tadpole with little leg buds, bulgy eyes, and clearly halfway between frog and tadpole. I thought caterpillars did the same thing.

They don’t. They grow into the chrysalis, shed their skins which hardens against the wall of the cocoon and becomes a really nice, tough casing for them. They completely and totally dissolve into a liquid. It’s the one and only place in nature where you have a complex, living organism that is alive and yet nothing but a liquid! How cool is that?

Martha: Nature is jaw dropping, when you start to pay attention to the details. That’s what happens to human beings. Imagine the caterpillar trying to reform itself into a butterfly before that dissolution is complete? What happens is when it’s all just a liquid, it triggers a chemical that tells the DNA to start reconstructing those very cells that used to be a caterpillar into a completely different animal.

If it started too soon, you would have some sort of monster, trapped halfway between. So often, when we face change in our lives, the first thing we want to do is to hold on to something solid. We want to know who we are; we want to have something to lean on.

Right now in the economy, people are freaking out, partly because they just don’t know and they want to know what’s going to happen. That’s why the first stage of going towards your right life is letting go of everything and becoming completely identity-less. The more you let go of stability, the more comfortable you are in the world, because it’s inherently unstable.

That dissolving phase is not what our culture teaches us to do. It is crucial. It’s metaphorically all about getting rid of those beliefs that are causing you to suffer. As those dissolve, your true form emerges, spontaneously.

Be sure to read the upcoming Harmonizing Science and Mystical Phenomena and visit www.MarthaBeck.com! 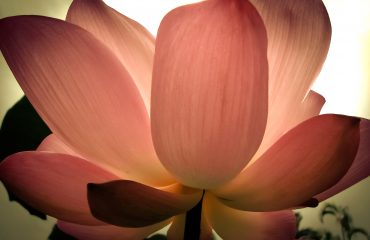 How to tell if a relationship is worth your life energy 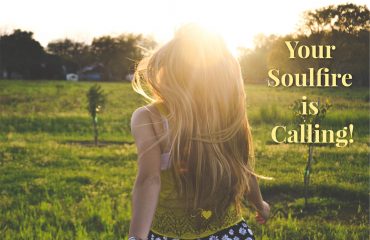 Are you answering your Soulfire’s call? 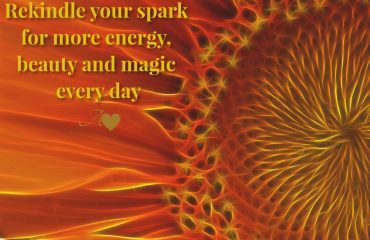 Go to top
We use cookies to ensure that we give you the best experience on our website. If you continue to use this site we will assume that you are happy with it.OKPrivacy Policy