Diary of A Single Mom, a web-based original series 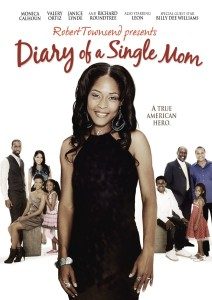 Are you ready to discover a groundbreaking series?

Join Christy Harvey, the Mommy Muse, and special guest Dr. Nicol Turner-Lee for the launch of “Diary of a Single Mom.” Diary of a Single Mom chronicles the lives and challenges of three single mothers and their families trying to get ahead despite obstacles that all single mothers face, such as childcare, health, education and finances. This innovative series on pic.tv will inspire us to take action to improve our own lives while being compassionate with others.

Diary of a Single Mom stars Monica Calhoun (The Best Man) as Ocean Jackson, a single mother of two striving to keep her family afloat while working to fulfill her own ambitions of finishing her GED, going to college and opening her own business. Along her journey, she befriends and joins forces with two other single moms, Lupe (Valery Ortiz – The N’s “South of Nowhere”), a mother juggling different fathers for each of her two children while facing health concerns that will change her life and Peggy (Janice Lynde – “Letters to Dad”), a once married, wealthy 50-something who suddenly finds herself widowed, broke and guardian to her only grandchild. Together, the three women search for support and faith as they strive to triumph over the challenges of everyday life.

Diary of a Single Mom: Season 1 debuted on PIC.tv in 2009. The series is the winner of awards for Best Indie Soap and Best Guest Actor from the Indie Soap Awards 2009.

Also, join the Mommy Muse’s Mamapalooza partners, co-founders of Motherhood from Egg to Zine (and everything in between) literary performance group and online magazine.