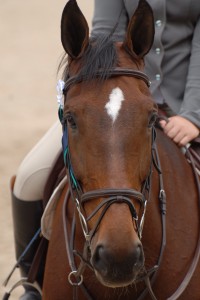 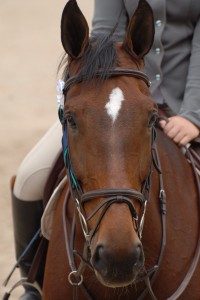 Prepare to fall in love with Tamerlane on Top Talent Thursday! I have been joyfully anticipating posting this today. Blessings to Colleen Raine for sharing this authentic story of Alchemy in Action. Love, C

“Tamerlane came into our lives when we needed her most. She was broken and we were lost. A kind woman told me during a particularly bad academic year for my daughter that she needed something in her life that had nothing to do with school or academics. She needed success on her own terms. And so she chose horses and fell in love with a beautiful bay mare Tamerlane, a champion show jumper that had been injured and pretty much left in her stable to recover.

A show jumper with a broken knee is not worth anything, financially speaking, so days went by without any intervention until my daughter Jasmin found her. Jasmin was thirteen at the time and continued to ask around until she found a grown up to tell her how to fix Tamerlane. And so, the rehabilitation began. Jasmin spent weeks and months massaging her knee, working with her and walking her slowly and then finally she was able to ride on her back. Jasmin restored Tamerlane’s knee and Tamerlane restored Jasmin¹s faith and courage. Tamerlane restored Jasmin’s soul.

Over the next two years they became conjoined and they went on to win championship events. All the while my daughter caring for Tamerlane and in turn Tamerlane the most forgiving teacher and protector. Tamerlane would often actually herd Jasmin out of danger and put her body between Jasmin and the perceived threat. There was no doubt that there was something quite profound happening between them.

About two years ago Tamerlane injured another of her knees and after weeks of prodding and probing and being stuck with needles the vet told us that she had no idea how to help her, she wasn’t “worth” it and we needed to put her down. Rather brutal advice in our opinion because the knee was swollen but Tamerlane was still putting weight on it and she was still acting normal. We would never take the risk of riding her again but it was clear she needed a long rest.

The miracle of Tamerlane has always been that broken didn’t necessarily mean broken. A woman arrived at the stable and told us she had researched Tamerlane¹s bloodline and was desperate to breed with her. She felt confident that Tamerlane would heal and be a wonderful mother and she was prepared to let her graze in her fields until the time was right. Tamerlane would still be ours but the foal would belong to her. She would pay for everything including all the vet bills and upkeep. A big miracle!

Now, two years later, Tamerlane gave birth to a beautiful perfect foal a week ago on Saturday night. I stood and watched this beautiful creature wobble and stand for the first time and there was Jasmin in the stable a part of the entire process. Jasmin is 18 now and in college and I looked at the two of them and I realized how profound the bond between them. There is no doubt in my mind that Tamerlane saved Jasmin. We were rejoicing in this perfect miracle and then on Monday morning everything went pear shaped. The baby died and Tamerlane found herself at death’s door with tick bite fever. Our last chance for her was a blood transfusion. The same risks apply as it does in humans. The blood type has to be right. This is Africa and we are not set up to test the blood before it is administered. It is taken from a donor and hooked up and infused into the recipient and you take what you get.

While we were waiting for the blood to be drawn I stood by the stable and Tamerlane was in a sad state…she stood in the corner with her head hanging and her baby lying on the floor. We were all broken…all I could do was love her from a very deep place inside of myself. It was from the seed of what I felt for her on Saturday night a profound love and respect for the incredible creature that she is. She gently stepped over her baby and came to me. She put her head on my shoulder and I wrapped my arms around her neck and gently touched her and held her.

There are times when it is necessary for your brain to quit and your heart to take over. That is what happened in that moment. I couldn’t allow myself to get caught up in the story of how bad the situation was. I wanted more than anything to give her what she needed and it meant I had to just love and support her from a place that was collectively me but not me. It was from a place rooted in the earth and much bigger than myself.

I come from a long line of animal lovers and menders of broken wings but for there has always been a fear that people will judge me. I had to let go of those thoughts because they wouldn’t serve Tamerlane. There is pain and heartbreak in wanting things to be different than what they are. The baby died and Tamerlane was very sick, that was painful and real but I had to access the part of me that could believe that we are all connected. I had to believe there are things we cannot see and I had to believe when we ask for help the universe will give it to us.

I was momentarily plugged right in to everything great and wonderful and mysterious and I felt profound peace and dare I say bliss. It wasn’t a lightning bolt from the sky but a deep confidence of what truth can be. I just loved her that is all I did. I told her the blood would help and she didn’t even flinch when they poked her with all the needles. The blood was a perfect match and she made it through the night. On Tuesday she started eating in spite of the fact that her blood results showed that she was in liver failure. A week later all her bloods are back to normal functioning. She is incredibly skinny but she is eating like, well, like a horse. She is acting like she has never seen green grass and carrots before and finally able to go home.

My daughter walked up to her the other day put her head against her side and gave her a hug:

“Hey, my little healer” she greeted Tamerlane. Even though her body looks weak and broken she still has the capacity to show me just how big and beautiful and perfect everything that is not perfect is.” 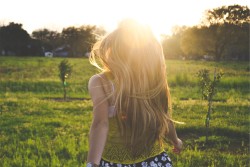 Top Alchemical Writers of the Week 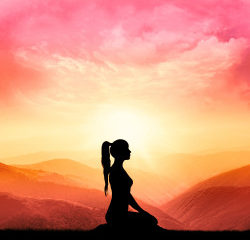 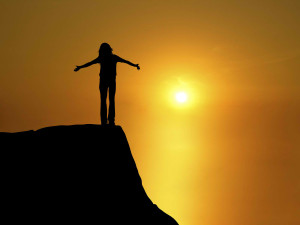 Alchemy in Action: On Birthing a New Life